Bonded Seal:
Design feature of a type of radial lip seal. The heel of the sealing element is attached (Bonded) to the seal case by and adhesive during the molding operation.
Bore, Housing: (Bore, Seal)
A cylindrical surface which mates with the outside surface of the seal outer case.
Case, Inner: (Shell, Inner)
A rigid, cup-shaped component of a seal assembly, which is placed inside the outer seal case. It can function as: reinforcing member, shield, spring retainer, lip-clamping device.
Case, Outer: (Shell, Outer)
The outer, cup-shaped, rigid structure of the lip seal assembly. Acts as a protective cover for the head of the sealing element
Dynamic Seal:
A seal which has rotating, oscillating, or reciprocating motion acting upon it
Durometer:
An instrument which measures with an indentor point the hardness of rubber by penetration, without puncturing the surface of the rubber.
Elastomer:
An elastic rubber like substance, such as natural or synthetic rubber
F.P.M.:
Feet Per Minute; used as a measure of shaft speed instead of R.P.M. To convert R.P.M into F.P.M., use formula .262 x R.P.M. x diameter (inches) = F.P.M.
Fluid Side:
Side of the seal which in normal use faces toward the fluid being sealed.
Garter Spring:
Coiled wire spring with its ends connected. It is used for maintaining a sealing force between the sealing element and a sealing surface.
Machine Lead:
Spiral grooves similar to a screw thread on a shaft surface that can result from improper finishing process; may result in early leakage.
Primary Lip:
The flexible elastomeric component of a lip seal, which contacts the rotating surface.
RA:
The average of all peaks and valleys from the mean line within cut-off (.010” of .254mm). Ra does not describe the surface profile (texture) and two shafts with the same Ra value can have very different surface characteristic.
RPM:
Revolutions per minute.
Run-In:
The period of initial operation during which the seal-lip wear rate is greatest and the contact surface is developed.
Run-0ut:
That run-out to which the seal lip is subjected due to the outside diameter of the shaft not rotating in a true circle. Usually expressed as T.I.R. (Total Indicator Reading).
RZ (din):
Average peak to valley height
Scoring:
A type of wear in which is generally defined by the inside and outside lip surfaces and the spring groove
Seal, Heel Section:
The portion of the lip seal which is attached to the seal case.
Seal, Outside Diameter:
The external diameter of a lip seal assembly. Usually the outside diameter of the outer seal case.
Seal Width:
The over-all axial dimension of the lip-seal assembly. Normally the total width measurement of the outer seal case.
Sealing Element:
The normally flexible elastomeric component of a lip-seal assembly which rides against the shaft.
Secondary Lip:
A short, non-spring loaded lip, which is located at the outside seal face of a radial lip seal. Used to exclude contaminants.
Shaft Diameter:
The outside diameter of the shaft at the location where the seal is mounted.
Shaft Finish:
The relative roughness, usually expressed in micro inches, of the outside diameter of the shaft. The smaller the number, the smoother the finish.
Shaft Seal:
Generally considered to be a lip seal or an oil seal, but a broad definition could include and sealing device mounted on a shaft or sealing a shaft.
Sleeve, Wear:
A replaceable metal ring. Generally used in assemblies to eliminate expensive shaft replacement caused by grooving that may occur at the seal-shaft interface.
S.T.B.M
Shaft-to-Bore-Misalignment, the amount by which the shaft is off centre, with respect to the bore’s centre. 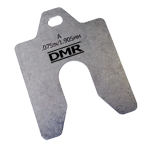